Menstruation accompanies women throughout the reproductive period. For several days of each cycle, women experience some discomfort and malaise. Unfortunately, the severity of discomfort varies significantly: from moderate pulling sensations in the lower abdomen to severe pain syndrome, which forces you to make significant adjustments to your usual lifestyle. Of course, painful menstruation is far from the norm. Moreover, this condition is well studied in Australia and reflected in the International Classification of Diseases as dysmenorrhea.

Dysmenorrhea can be primary or secondary. To understand what the patient faces, doctors begin a diagnostic search. If the cause could not be found, and menstruation became painful in the youth, we should think of primary or idiopathic dysmenorrhea. Secondary dysmenorrhea is diagnosed when pain during menstruation is a symptom of a disease: inflammation, cyst, endometriosis, abnormalities in the development of genital organs, etc. Treatment for secondary dysmenorrhea means treatment of a condition characterized by menstrual pain. For example, endometriosis is treated with long-term hormone therapy. In the case of abnormalities in the development of the genital organs, surgical treatment options will be considered.

What are the causes of dysmenorrhea?

Nowadays, it is believed that the cause of functional dysmenorrhea is neuro-endocrine dysfunction. Biologically active substances called prostaglandins play an important role in this process. It was found that in women suffering from primary dysmenorrhea, the formation of these substances in the endometrium is increased. Prostaglandin production is directly dependent on the enzyme called cyclooxygenase (COX). Increased prostaglandin production leads to excessive contraction of the smooth muscles of the uterus (spastic pain), and their penetration into the bloodstream - to vasospasm and tissue hypoxia. This leads to headache, palpitations, dizziness, fainting, numbness of the arms and legs, nausea, vomiting, etc.

As already mentioned, secondary dysmenorrhea manifests itself against the background of certain gynecological diseases. In this regard, the mechanism of its occurrence may be different and depends on the underlying pathology.

Is it necessary to see a doctor?

If you have the above symptoms, it is necessary to consult a doctor, since a specialist should establish the correct diagnosis. Most often, patients turn to a gynecologist with this problem.

First of all, the doctor must determine whether dysmenorrhea is primary (functional) or secondary. This often requires additional instrumental, ultrasound and laboratory tests, as well as the consultations of other specialists.

It is advisable to begin treatment of primary (functional) dysmenorrhea with non-steroidal anti-inflammatory drugs (NSAIDs). This especially applies to the young girls who aren't interested in contraception and women who have contraindications to hormonal drugs. NSAIDs reduce the level of prostaglandin production during menstruation. As a result, pain associated with menstruation disappears or decreases, as well as the intensity of the accompanying symptoms (general weakness, nausea, and vomiting, headache, dizziness, etc.) Taking this group of drugs reduces pain intensity in 80% of patients.

How to select the best remedy from the NSAID group

When choosing a drug from the NSAID group, special attention should be paid to safety, since, despite having a favorable anti-inflammatory and analgesic effect, these drugs have a number of side effects (mainly on the gastrointestinal tract) and can worsen the main clinical manifestations of dysmenorrhea.

Celecoxib, which is the main active substance of Celebrex, not only removes and inhibits inflammatory processes in the body but also suppresses the signs of this process such as pain, swelling, redness, and swelling. In this case, the drug inhibits the activity of the COX-2 enzyme but practically doesn't affect the activity of the COX-1 enzyme. Therefore, generic Celebrex has a minimum amount of undesirable effects on the body.

Celebrex pills are absorbed in the intestine. When taken on an empty stomach, the therapeutic effect starts faster, while the preliminary consumption of fatty foods slows down the absorption process. The components of the drug are carried by the blood. Celecoxib penetrates into the tissues and can cross the blood-brain barrier of the central nervous system.

The drug is processed by the liver. In the process of decay, inactive components excreted from the human body with urine are formed. Celebrex online has passed all the necessary clinical trials.

Celebrex without prescription is used for the treatment of inflammatory processes of different origin. In some cases, the drug is used to eliminate pain syndrome.

Indications to buy Celebrex are as follows:

An additional indication is the treatment of excessively painful menstruation in women.

Method and features of Celebrex use 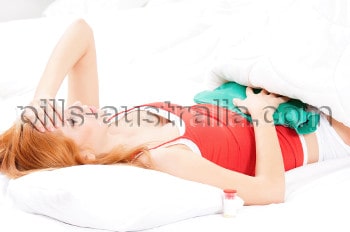 There are no clear instructions regarding the relationship between food intake and cheap Celebrex. It is important not to break the integrity of the capsules and drink them with plenty of clean water.

To avoid any unwanted effects, don't exceed the recommended daily dose. Patients with concomitant diseases of the internal organs should take the drug in minimum dosages.

The duration of treatment and Celebrex cost depends on the type and severity of the disease. A maximum daily dose of Celecobix is 400 mg.

In some cases, an increase in the daily dose is necessary (for example, for complex joint diseases, 800 mg of the substance per day is allowed). In case of acute pain, 600 mg of the active substance should be taken immediately; upon noticeable relief, the dose should be reduced to 200 mg.

If the patient has severe liver dysfunction, the specialist should assess all the risks to the patient's life before prescribing therapy with Celebrex.

Unlike hormones, Celebrex is used for dysmenorrhea in short courses: you should start to take it before the onset of menstrual pain and then keep taking it for several days until the symptoms persist. Celebrex price is low, so the drugs of this category are widely prescribed to women who don't need contraception and have contraindications to hormones. It is also possible to use them in combination with estrogen/progestogen, for example, in case of severe pain symptoms. vere pain symptoms.