Allergy is a hypersensitivity reaction that develops as a result of an enhanced and altered immune system response to a wide variety of substances (pollen, house dust, animal dander, food, medicines, household appliances, etc.), which generally do not cause any reaction and are safe for most people.

In the same way, allergy is manifested by a multitude of symptoms - from itchy skin, urticaria, nasal congestion, heavy discharge from the nose, tearing, coughing to anaphylactic shock. And each of these manifestations, even the most "unserious," requires treatment.

It is quite possible to minimize the unpleasant manifestations of allergy by taking antihistamines (if it is not possible to remove substances that cause allergies from their surroundings completely). This happens, for example, in the spring period, during the flowering of plants. If for many people this is the most beautiful time of the riot of nature, then for patients suffering from seasonal allergies or pollinosis is a period of conjunctivitis, rhinitis and all sorts of complications associated with these conditions. Indeed, in this case, it is impossible to avoid contact with the allergen, and in many cases even to identify those: many botanical species begin to bloom at the same time.

In such and many similar cases, it is necessary to use antihistamines - not occasionally, but regularly. Drugs (of the first generation) of this vast class, facilitating the manifestation of an allergic reaction, could have a pronounced sedative effect — they provoked a state when one continuously gets sleepy. Taking the first generation of antihistamines, it became impossible, for example, to perform such simple work as driving a car or even just concentrate on some task.

How to choose a drug 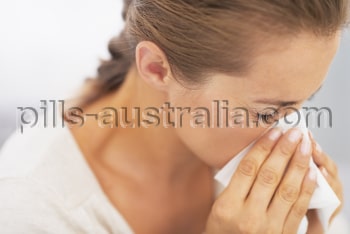 To make the right choice, you should evaluate the severity of the allergic reaction, the symptoms that are present in the patient, and determine the cause of the disease. Only after this the medicine, which is divided into generations, according to the time of their development and release, is selected. Allergy pills:

It is not recommended to buy Zyrtec / Cetirizine for patients with renal and hepatic insufficiency.

Zyrtec / Cetirizine is one of the representatives of the second-generation antihistamine class of drugs - it effectively prevents allergy symptoms, as it acts almost immediately. The therapeutic effect of generic Zyrtec comes after 20 minutes and lasts for 24 hours. The prolonged action of allergy medication is an incredibly important property because it provides ease of use of the drug - 1 time per day. Such freedom as no one will appreciate people with seasonal allergies, as well as with other forms of this disease, which one has to face both adults and children.

Cetirizine blocks H1-histamine receptors, preventing them from contacting histamine, and selects such a target 600 times more often than others. Histamine can be called responsible for tearing, sneezing, reddening of the skin, itching and swollen eyes of allergy sufferers, and Cetirizine prevents it from working, therefore, should relieve these symptoms. In fact, as it turned out only at the beginning of the two thousandths, it even causes the opposite of histamine action.

And also there are many histamine receptors in the Tuberomamillary Nucleus - this is the name of the structure in the hypothalamus, which affects the sleep and wake cycles. So if an antihistamine can penetrate the blood into the brain (usually a very selective system called the blood-brain barrier interferes with this), drowsiness and fatigue appear. Judging by the experiments, Zyrtec / Cetirizine penetrates through this barrier only in minimal quantities, so its side effects should be weaker than most antihistamines.

Urticaria in Australia is one of the most common manifestations of allergies, when rashes, redness, or even blisters appear on the skin. At the same time, the urticaria is accompanied by severe itching, which is not just uncomfortable: this allergic reaction extremely negatively affects the quality of life, depresses psycho-emotionally, and even leads to depression in some. In the case of an allergic reaction, you must contact the hospital. Very important is:

Elimination of the likelihood of contact with the allergen responsible for the development of an allergic reaction.

Cheap Zyrtec for urticaria is one of the most preferred antiallergic drugs, as it has a high tropism for the skin - this means that it has a good effect on the skin symptoms of allergies.

Generic Zyrtec in food allergies has also proven to be effective, especially given the fact that children are most susceptible to the appearance of food allergies - and Zyrtec without prescription has a high safety profile. However, it should be noted that Zyrtec pills are indicated for children from 6 years of age.

How to take Zyrtec for allergy

Zyrtec online is available in the form of tablets of 10 mg. Adults and children over 6 years old have a daily dose of 10 mg (1 tablet), taking Zyrtec / Cetirizine should be washed down with enough water. An initial dose of 5 mg is possible (1/2 tablet). The maximum daily dose is 20 mg (2 tablets).

How much time you will have to take Cetirizine and what Zyrtec cost for allergies is depends on the form of the disease and its severity.

In the case of pollinosis, allergists recommend taking Zyrtec / Cetirizine for the entire period of the presence of the allergen in the environment.