Today, edema is one of the most common pathologies of water and electrolyte metabolism. Edema is primarily a collection of extracellular tissue fluid in the intercellular spaces and body cavities. As a rule, all edemas develop as a result of any pathological processes occurring in the body, and are associated with the following main mechanisms: impaired pumping function, increased pressure in the vessels and increased permeability of the vascular wall.

There are two large groups of edema: local and generalized, idiopathic and iatrogenic edema stand out separately. The nosological classification given below does not claim to be complete but is intended to recall the main conditions under which the edematous syndrome develops.

Cardiogenic edema appears in the right and left ventricular heart failure of various origins. Chronic heart failure is often manifested by stagnation in both the lesser and greater circulatory circuits of varying severity. In chronic heart failure, edema usually begins with the feet (ankles) and legs, as the progression rises to the level of the knee joints, the abdomen gradually increases due to ascites, and edema of the subcutaneous fat appears (abdomen, lumbar region). Left ventricular failure begins to manifest shortness of breath (during physical exertion, and then at rest) and in its extreme degree leads to pulmonary edema.

Pulmonary edema is usually a rapid pathological process associated with a weakening of the contractile ability of the heart left ventricle (acute and chronic left ventricular failure: myocardial infarction, ventricular fibrillation, hypertensive crisis, and many other heart diseases).

With increasing pressure in the left atrium, pressure in the pulmonary circulation increases, and the fluid from the capillaries begins to move into the alveoli. In rare cases, pulmonary edema can develop for other reasons, in particular: with toxic gas poisoning, as well as with altitude sickness (as a result of a rapid increase in intrapleural pressure), and inflammation of the lungs.

Treatment of edema in Australia, despite the rather large number of causes that cause them, usually boils down to two main groups of drugs: diuretics proper (diuretic drugs) and phlebotonics (medicines that affect the venous wall). Unlike diuretics, which are used for edema of any etiology, phlebotonics are used only when there is swelling on the limbs associated with chronic venous insufficiency.

The exception to this rule is the pharmacotherapy of allergic, neurogenic and inflammatory edema since in this case antihistamine and anti-inflammatory drugs are used, that is, the main cause that led to the development of edema is treated, and not the edema itself. In this regard, we consider only the true diuretics, which are used in the treatment of virtually all major types of edema, and drugs used in the treatment of edema due to chronic venous insufficiency, because they are most common.

Lasix Furosemide is a fast-acting diuretic drug, produced in the form of tablets and ampoules. The drug belongs to diuretics, provoking enhanced urine production, Lasix cost is low, so it is widely used in medicine to eliminate puffiness, as well as in the combined treatment of: 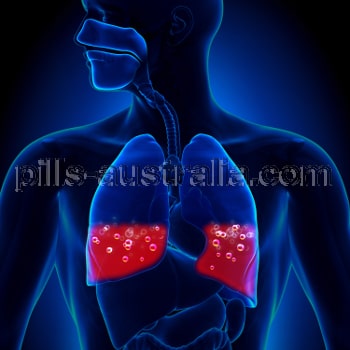 Generic Lasix is used as an additional tool in the treatment of serious types of arterial hypertension, liver cirrhosis, to eliminate ascites, excessive accumulation of fluid in the peritoneum, as well as in nephrotic syndrome. Lasix price varies by dosage and the number of pills in the pack.

Some women and men buy Lasix Furosemide as a way of losing weight, leading to increased urine production. But despite the fact that anyone can purchase Lasix without prescription, it’s better to consult a doctor before the treatment.

The drug must be taken before meals. Adults receive Lasix 20 or 40 mg per day, divided into two or three doses. The interval between the use of the drug should not be less than 6 hours. With a low efficacy of treatment, an increase in the daily dose to 160 mg is possible. After the elimination of violations, the drug is taken in the minimum effective doses every other day or every two days. When combined Lasix pills with other antihypertensive drugs, the dose is halved.

This medicine is highly effective and has a minimal amount of serious side effects. A significant advantage of Lasix is the presence of various dosage forms, and due to this, it can be used in all kinds of situations, both planned and critical. It is necessary to use this pharmaceutical preparation only for the purpose of a specialist and only in the doses indicated by him. Lasix is one of the strongest diuretics, with minimal cases of side effects.

In the course of cheap Lasix intake, its diuretic activity does not decrease, since the drug interrupts the tubular-glomerular feedback in Macula densa (the tubular structure closely associated with the juxtaglomerular complex). Lasix causes a dose-dependent stimulation of the renin-angiotensin-aldosterone system.

In heart failure, Lasix rapidly reduces preload (due to the expansion of the veins), decreases the pressure in the pulmonary artery and the filling pressure of the left ventricle. This rapidly developing effect appears to be mediated through the effects of prostaglandins, and therefore the condition for its development is the absence of impairments in the synthesis of prostaglandins, in addition to which this effect also requires sufficient preservation of renal function.